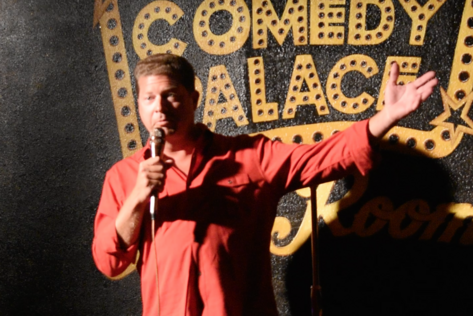 Tyler Feneck is the first comedian to openly talk about having a foot fetish and being sexually attracted to women's feet. He sells toe rings on the beach by day, and performs stand up comedy by night. At his shows, women frequently compete in "Sexy Feet Contests" for a chance to win free pedicures, toe rings, and more.

Since 1997, Tyler has performed all over Los Angeles and San Diego comedy clubs like The Ice House, The Comedy Store, and The Comedy Palace.

In 2001, he wrote, produced, directed, and starred in the feature length comedy, HIJINX.

Tyler is currently finishing up his third book, "Out of the Shoe Closet," which will be out in late 2019. A documentary comedy by the same name will follow in 2020.